Chawan Ali was forced to flee Iraq in 2015, at just 15 years of age. After years of fighting and the threat of ISIS, her family were scared for their future. Chawan is now in the process of transforming her own life through study; helping to support and transform her family situation as well as working with Wrexham Town of Sanctuary to transform the way refugees and asylum seekers are welcomed in the town and across Wales. Her story provides a great example of how support for refugees and ESOL provision transforms lives. Chawan’s story is explored further in a special podcast series, Change Your Story, which was produced for Adult Learners’ Week in Wales.

Chawan fled from Iraq in 2015 with her parents and three younger brothers. With a limited grasp of the English language and only occasional schooling in her own country, she fought for refugee status which unlocked the opportunity to access education and carve a better life.

“When I came to Wrexham,” she says, “I was so alone because I didn’t know how to communicate with others.”  As she was 15 years old, she started school in the final year of secondary education.  But she was unable to take examinations, because she didn’t know how to speak English.

Fighting the challenges; fighting for progress 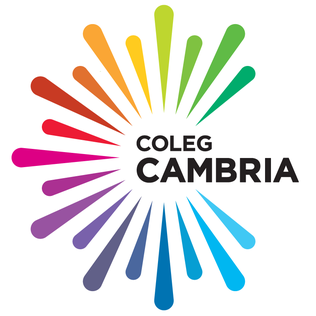 After leaving school Chawan enrolled at Coleg Cambria on an ESOL course at Entry Level 2.  After that she achieved an Entry 3 Health and Social Care course with ESOL and is now studying at Level 3 with the aim of becoming a midwife.

Chawan’s learning has given her the confidence and the voice to help and support her family through a very difficult asylum case; her parents have very limited English and she supports them in appointments often to the detriment of her attendance, but not to her progress.  It simply means that Chawan has to work harder at home to catch up on the work she has missed.

Chawan says, “Gaining qualifications has changed my life, I have a future now – something which I have dreamed about for years. It is hard as I am the only person in my house who speaks English. I look after my mum who is unwell. I help my whole family with appointments, forms at the bank and translating documents from my brothers’ school, which means I often miss class and catch up after college, and my job at a local care home. But I keep working because I want to make a difference. Not only for me but for others in a similar situation.”

Chawan is an active member of the Wrexham Refugee and Asylum Seeker community as well as Wrexham’s Young Person’s community.  She is an active member of Wrexham Town of Sanctuary and has been instrumental in meetings within the college for it to gain College of Sanctuary status. Through her involvement with the Voices project, Chawan has spoken at the Welsh Parliament, the Senedd, on the situation of refugees and asylum seekers and the need for more awareness and positive change.

She is a founder member of The Young Power Group in Wrexham, which is supported by TGP Cymru and Together Creating Communities (TCC) as well as being a member of TGP Cymru’s National Participation Forum for young refugees and asylum seekers.

Chawan has held several talks on the differences between being an asylum seeker and being a refugee in the context of education and has been at the forefront of the ‘Lift the Ban’ campaign in Wrexham, with Wrexham Town of Sanctuary.

Chawan has matured into an exceptional, mature and brave young woman whose mission has become to help all people if she is able.

Learning and education have given her the confidence and the voice to advocate for herself, for her family, for refugees and asylum seekers and for young people in Wrexham and Wales; to make her life worthwhile, her family’s life safer and more comfortable and for Wrexham; and ultimately the aim of making Wales a friendlier and more welcoming place to live and thrive.

Chawan will continue with her studies and her role in the sanctuary movement, ensuring that her voice and her work is one to listen out for in the future. She claims proudly, “From a time when all I could say was one-word answers to talking at the Senedd, I have finally found my voice.”

Her story provides a great example of how support for refugees and ESOL provision transforms lives. Chawan’s story is explored further in a special podcast series, Change Your Story, which was produced for Adult Learners’ Week in Wales.

Did you find what you were looking for?